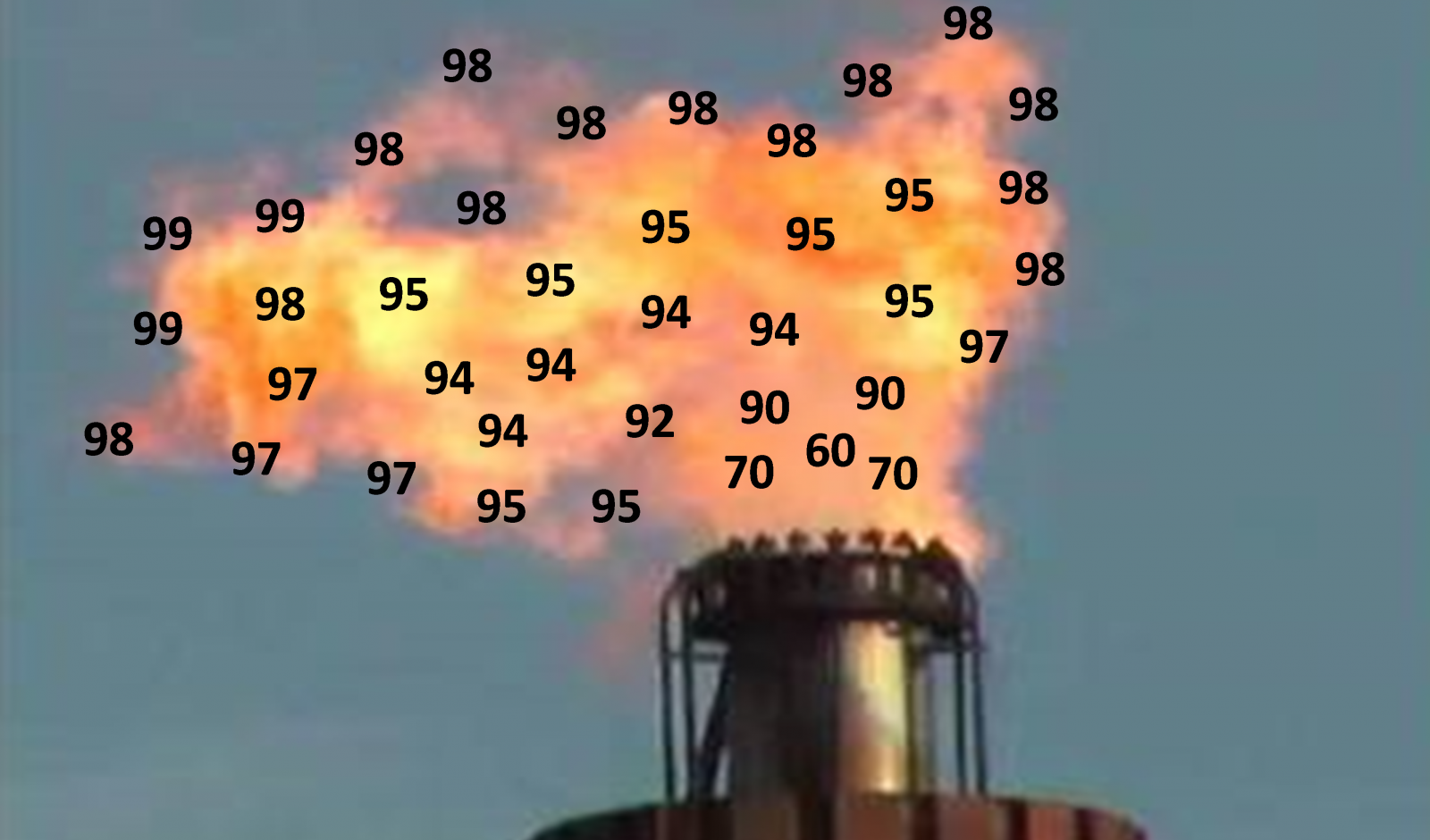 There are thousands of flares operating at petroleum refineries, chemical plants, and other industrial facilities in the U.S, and many more in other countries. Flares are used as a safety and emission control device to combust process vent gases that are otherwise difficult to control. Because flares operate in open air, currently there is no good method to measure or monitor the combustion efficiency (CE) or destruction and removal efficiency (DRE) of a flare. In the state of Texas alone, there were 1,130 flares in 2006 that emitted 13,078 tons per year of volatile organic compounds (VOC), a portion of which was air toxics, based on an assumed DRE of 98%. Research has shown that the assumed 98% CE or DRE is not reliable and actual VOC emissions could be drastically different from estimates using current estimation method.

Providence has successfully demonstrated the feasibility of an innovative technology for real-time monitoring of flare CE. At the core of this technology is a multi-spectral Infrared (IR) imager that is designed to measure relative concentrations of unburned hydrocarbons, product of combustion (i.e., carbon dioxide, or CO2), and product of incomplete combustion represented by carbon monoxide (CO). A bench scale experiment was set up to evaluate the technical feasibility of the proposed technology by comparing the CE values determined by the proposed technology to the true CE values determined by conventional analyzers. In the bench scale test, the flare plume was captured and analyzed by conventional analyzers, allowing independent measurement of true CE values as the benchmark to validate the proposed technology.  The results of the 13 proof of concept test runs showed strong correlation (r2=0.9852) between the CE measured by the proposed method and the true CE values.  Based on the knowledge gained from this successful proof of concept, Providence Photonics is building a prototype system to undergo field testing in 2014.

Providence Photonics has developed an innovative technology to remotely measure the combustion efficiency of an industrial flare. The technology was partially funded through a 2013 EPA Small Business Innovative Research grant. A successful Phase 1 proof of concept was completed in 2013 and Providence Photonics is building a prototype system for field testing.